What are the thermal classifications for insulating materials?

The thermal classifications for insulating materials are set by the International Electrotechnical Commission (IEC), specifically in their standard IEC 60085 – Electrical insulation – thermal evaluation and designation. In the USA, there are equivalent classifications used by NEMA (National Electrical Manufacturers Association), and in Japan, by the standard JIS 4003 C. We’ve covered the classes and their temperature thresholds on this blog before, but let’s just remind ourselves here.

Higher classes including 220, 240 and 250 were added to the standard in 2007. These simply refer to lower class materials with high temperature binders which increase the capability and maximum hotspot operating temperature of the material. After 250, classes increase in 25C increments.

What is maximum hotspot operating temperature?

The use of materials like paperboard for electrical insulation dates back to the early-mid 20th century. In the late 1920s, manufacturers began impregnating pressboard with dielectric oil to improve its insulation capabilities. This was commonly used in a wide range of applications, including transformers. Papers, silks and cottons are also used in the manufacture of telephone cables, capacitors and transformer boards.

Plastics and polymers have the advantage of both an above average thermal performance, and being light and easy to shape. For that reason they are commonly used across a wide range of applications, including aerospace, automotive, electronics, domestic appliances, and more in components such as seals, washers, bearings and wire insulation. Ostensibly, it is advantageous where possible to use higher class materials to allow for higher temperatures in some applications.

Class 130 and above applications

Materials classified as 130 and above are useful in high voltage applications, because of their ability to withstand higher temperatures. This could include converters, transformers and other power electronics. Class 130 materials such as mica and ceramic are commonly used in the manufacture of capacitors and resistors.

Mica falls into Class 130 and above – pure phlogopite mica can withstand temperatures of up to 1000C. In addition to having superior thermal capabilities, it can also withstand up to 2000V, and is an excellent dielectric. Mica is also easy to shape and cut into a variety of specifications.

If you have a high voltage or high temperature application, and would like to discuss the benefits and capabilities of mica, get in touch. Our experts will help you create a tailored solution that works for you. 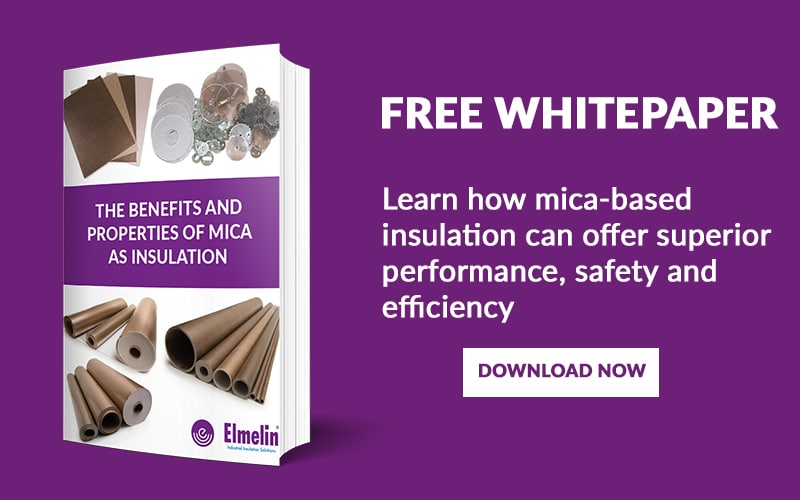