Foundries Through the Ages

Foundries Through the Ages

Tuesday 1 May is International Workers’ Day, and to mark it, we’re looking at foundries through the ages, their contribution to British manufacturing, and how industrial insulation is helping ensure foundries are fit for the future.

The history of foundries is tied up with the history of human labour, and of finding means to work smarter and better. It is about how we discovered casting as a way of taking elements from nature and bending and shaping them for our use.

Ancient Casting and the Advance of Civilisation

The furnace provides the basic process for melting metal. From ancient times, mankind has used metals such as copper, iron, gold, silver, tin, lead and mercury, taking patterns to solidify molten metals in moulds. This process is casting.

Casting’s origins go way back in history, to around 4,000 years ago. The oldest known casting is of a copper frog, in Mesopotamia, an area roughly taking in parts of modern Iran, Iraq, Kuwait, Syria and other neighbouring countries within the river system of the Tigris and Euphrates. Early patterns for this kind of casting would have probably been made from beeswax.

Documented evidence of casting processes comes much later, in the writings of Theophilus Presbyter, a pseudonym for a monk whose writings described various medieval arts, in a text known as De Diversis Artibus (translated from the Latin as “on various arts”), in around 1125 AD. 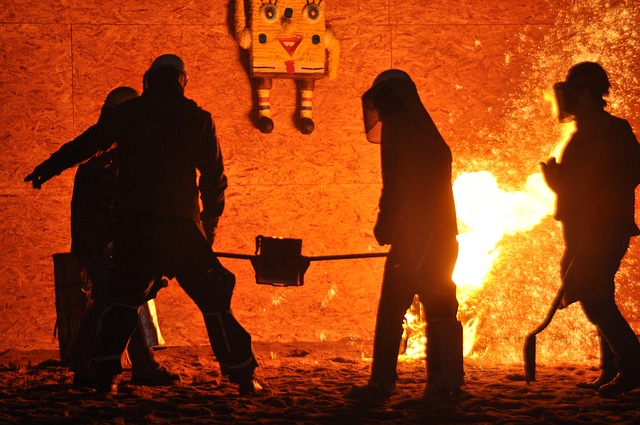 Devised as a practical manual, this treatise has an emphasis on metallurgy and the technical details connected with various metalwork processes.

Historically, casting is a vital part of human progress, as different civilisations have used it to create utensils, weapons, jewellery, and then later agricultural and industrial equipment. Casting runs as a crucial theme throughout the Copper Age, Bronze Age, Iron Age and the Industrial Era, right up to modern times.

As civilisations have developed, so casting processes have become more refined and efficient. Early foundries would have had manually operated bellows, which then gave way to steam-powered pistons. Foundries now rely on electric motors and fans, and computer-designed castings. Technological advances in industrial insulation have also contributed to the increased efficiency of modern foundry processes.

Abraham Darby and the Blast Furnace

Abraham Darby (the elder), born into a Quaker family in Staffordshire, played a key role in both the history of foundries and the spread of the Industrial Revolution. It was Darby’s development of a method that produced pig iron in a coke-powered blast furnace, marking a crucial step forward in the use of iron as a raw industrial material.

Darby originally founded the Bristol Brass Company with other Quakers in 1702, but within a few years he left to concentrate on iron foundry work. He leased a furnace in Coalbrookdale in 1708 and developed his coke-fired foundry processes.

Prior to this, the iron industry had relied on charcoal, and therefore how fast trees could grow to provide it. Darby’s coke-fuelled blast furnace helped introduce coke-smelting, which then allowed British foundries to start producing the kind of huge quantities of iron to meet the growing demands of the Industrial Revolution.

Benjamin Huntsman was a pioneer in steel manufacturing. Around 1740, using clay pot crucibles, he began casting steel at his Handsworth plant, in Sheffield. This innovative foundry process meant Huntsman could produce steel for Sheffield’s cutlery manufacturers that proved superior to the imported European cutlery which had, up until this time, dominated the market.

Huntsman kept his crucible process secret but, crucially, he failed to patent them. This meant others later copied it, leading to a faster spread and development of steel foundries.

From 1794, the industrialist John Wilkinson began using a modern version of the cupola in iron casting. This vertical, tubular melting furnace was iron-clad and Wilkinson used an innovative, steam-powered hydraulic blowing engine to provide the air blast to fuel it. His Bersham ironworks became well known for the high quality of its castings, and for producing large quantities of cannon and guns. 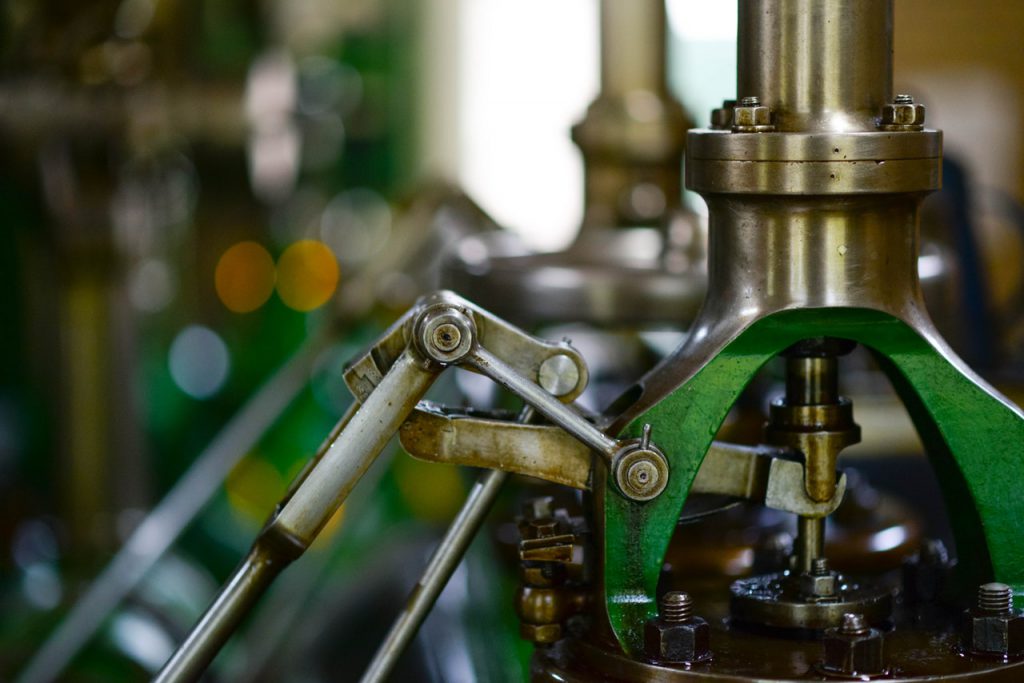 Wilkinson’s cupola method was soon introduced to the United States foundry industry, where it was widely adopted.

The foundry industry has not stood still and, over time, its processes have changed and refined, adopting new technology to meet the manufacturing and industrial demands of the 20th and 21st centuries. 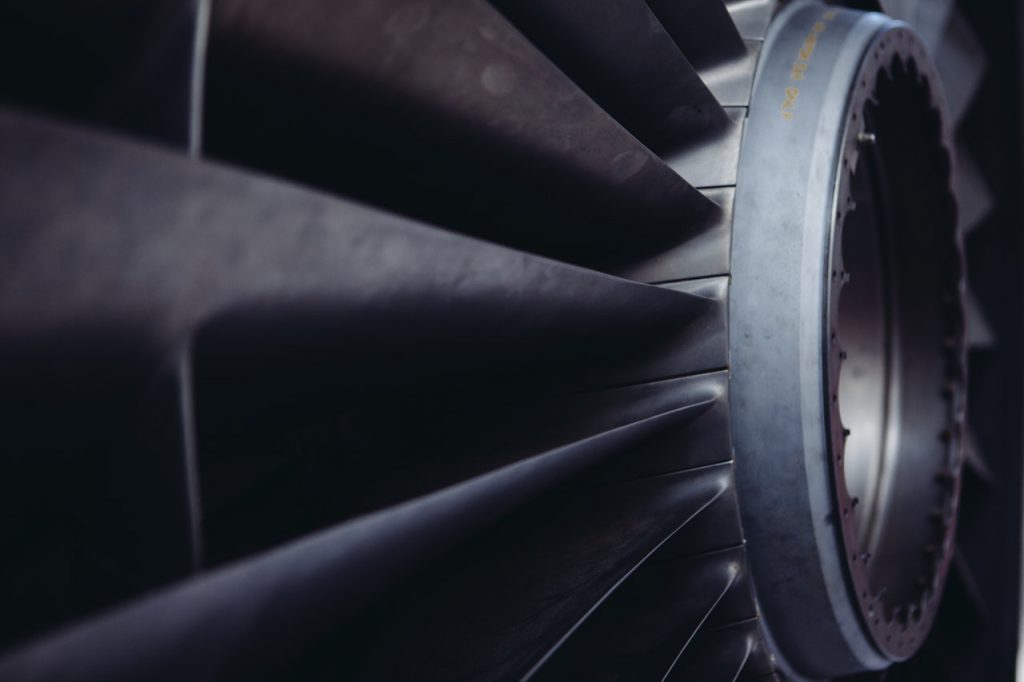 The 20th century also saw the growth in electric arc furnaces and the introduction of the first coreless electric induction furnace. By the latter part of the century, a whole new set of moulding and casting processes were being developed, as were new metal composites and compounds, such as compacted graphite iron and low carbon content stainless steel.

Modern castings are part of the fabric of everyday life, meaning that foundries are themselves essential to how we live, and to the UK’s industrial base. Foundries, and the people who work in them supply a wide range of sectors with castings, including aerospace and automotive, rail and power generation.

Industrial Insulation and the Future

Foundries through the ages have relied on one constant: extreme heat. Casting processes depend on achieving and maintaining optimum heat levels. As these processes have become more sophisticated, so they require the industrial insulation to match, to ensure safety, consistency of performance, improved productivity and energy efficiency.

As the foundry and steel industry continues to develop in the 21st century, it must reconcile the demands of economic growth with environmental concerns. Insulation and thermal management will, therefore, continue to be crucial to foundries.

How Can We Help Your Foundry?

Elmelin supports foundries through its range of industrial insulation products and solutions; from mica laminates and mica roll for furnace linings, to furnace safety systems – essential in ensuring safe working for the many people employed in this long-established industry.